Dreams – From war to peace

One of the things I find deeply intriguing, is how people across the globe seem to have certain things in common, no matter their different contexts.

On a recent visit to Colombia, I had the opportunity to ask former FARC-guerrilla combatants as well as members of the communities they are reintegrating into following the 2016 peace treaty, “what do they dream of, for themselves or for their children?”

Nothing more, nothing less. 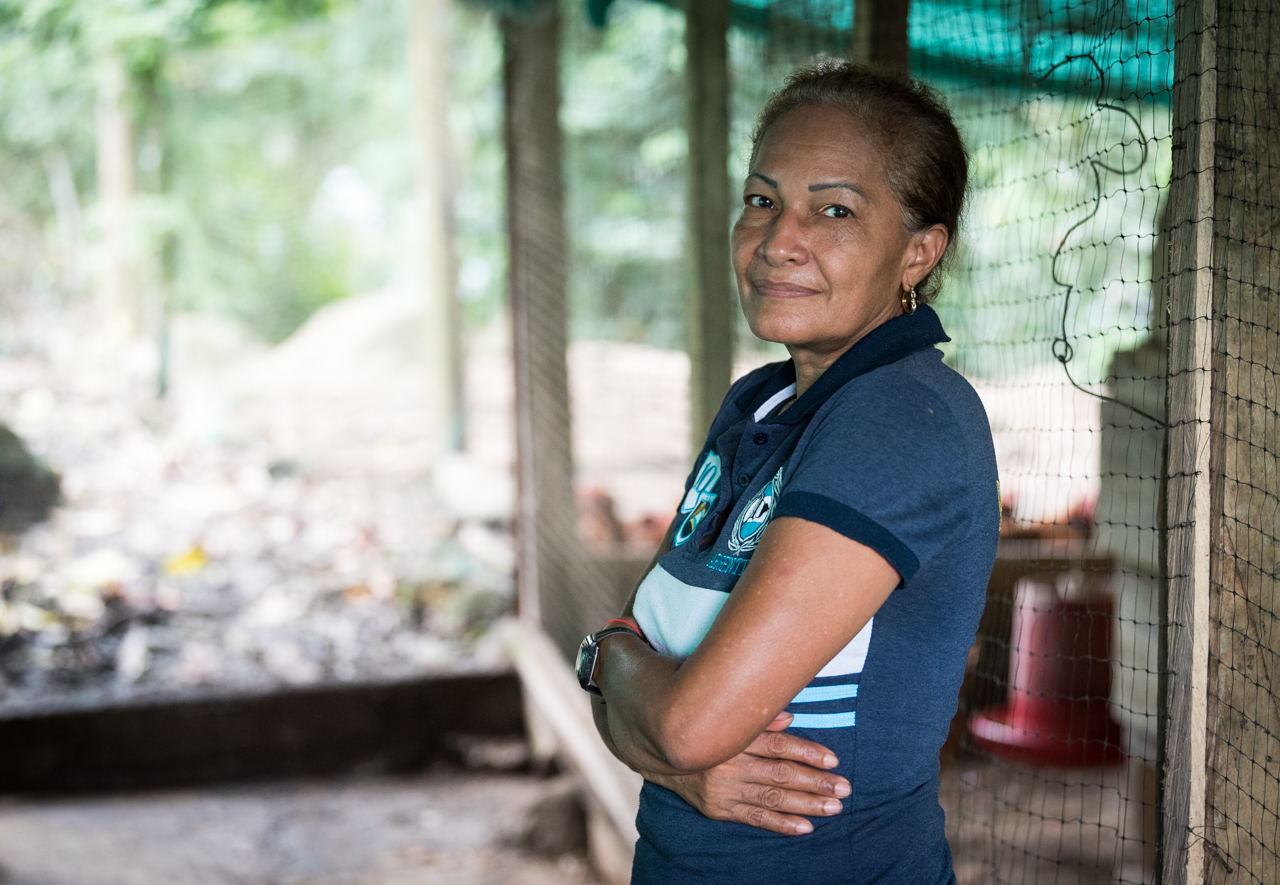 Aida, one of the woman leaders in San José de León. © Albin Hillert

“We dream for the future of our community that the kids can grow up here without, without… Before, we saw that most people had their children, but then had to hand them away directly to the grandparents or the aunts, that the children never had the surnames from their own parents – or they would have been persecuted, killed or kidnapped. Now, I think it is very good, because some are reuniting with their children, and today we don’t have this problem,” says woman leader Aida. 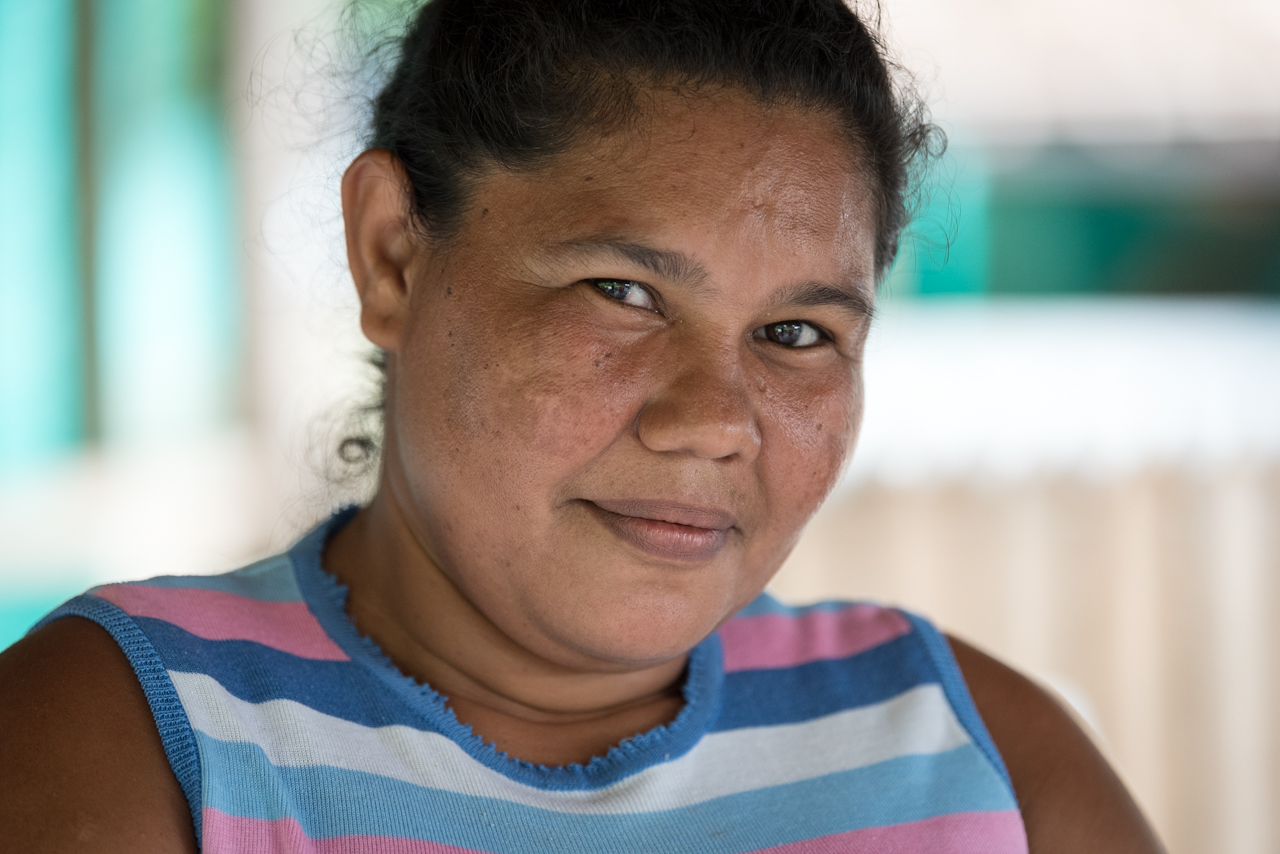 “As a mother, I dream of my children continuing to study, to become maybe a secretary, or a teacher. That is my dream,” says 41-year-old Vianeth, mother of five. 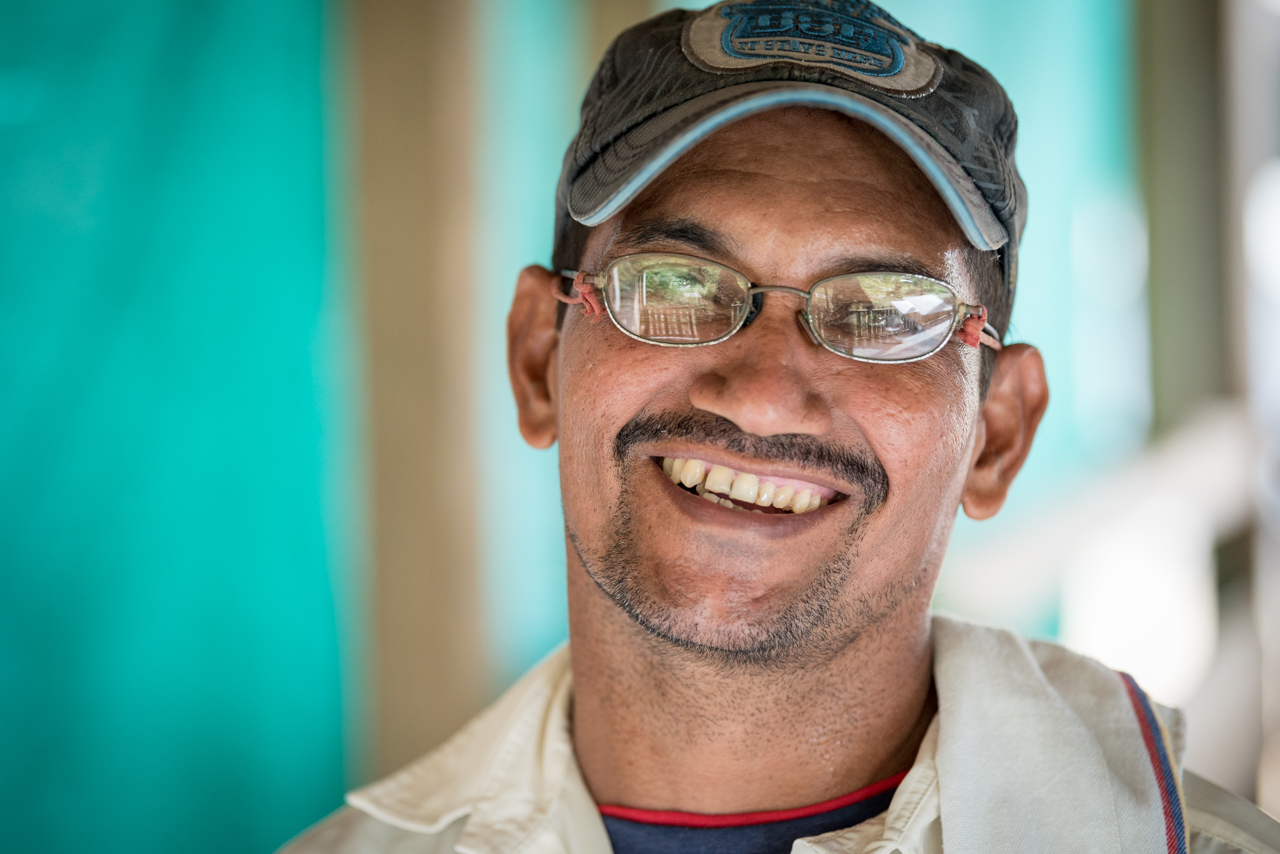 “My dream is that my children will have a better future than the one we are living, that they will continue to study, not become a man without letters, like me,” says Edilberto Reyes. 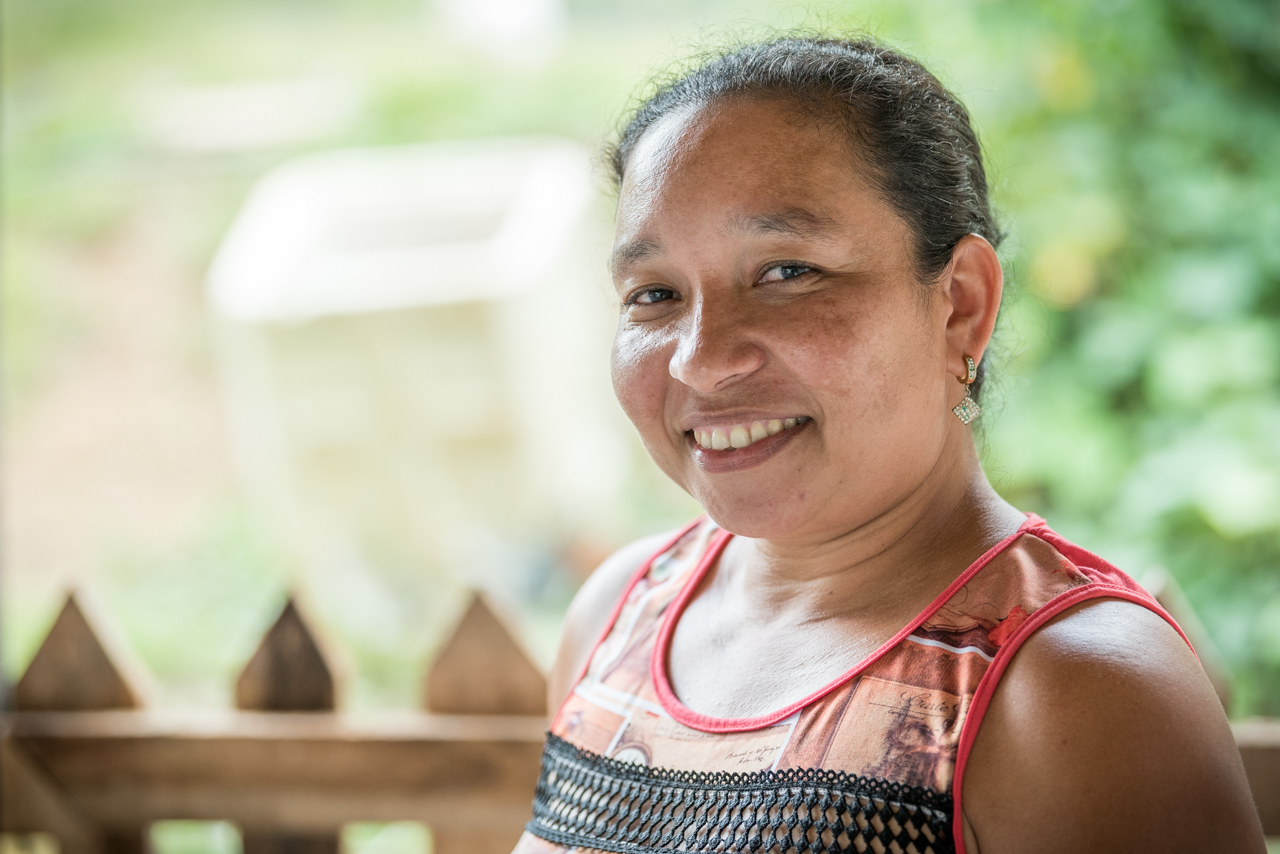 “I dream of seeing a Colombia truly in peace, a peace that includes social justice, and including a developed countryside, in education, in health, and in all aspects that affect the country,” says Luz Ledis López. 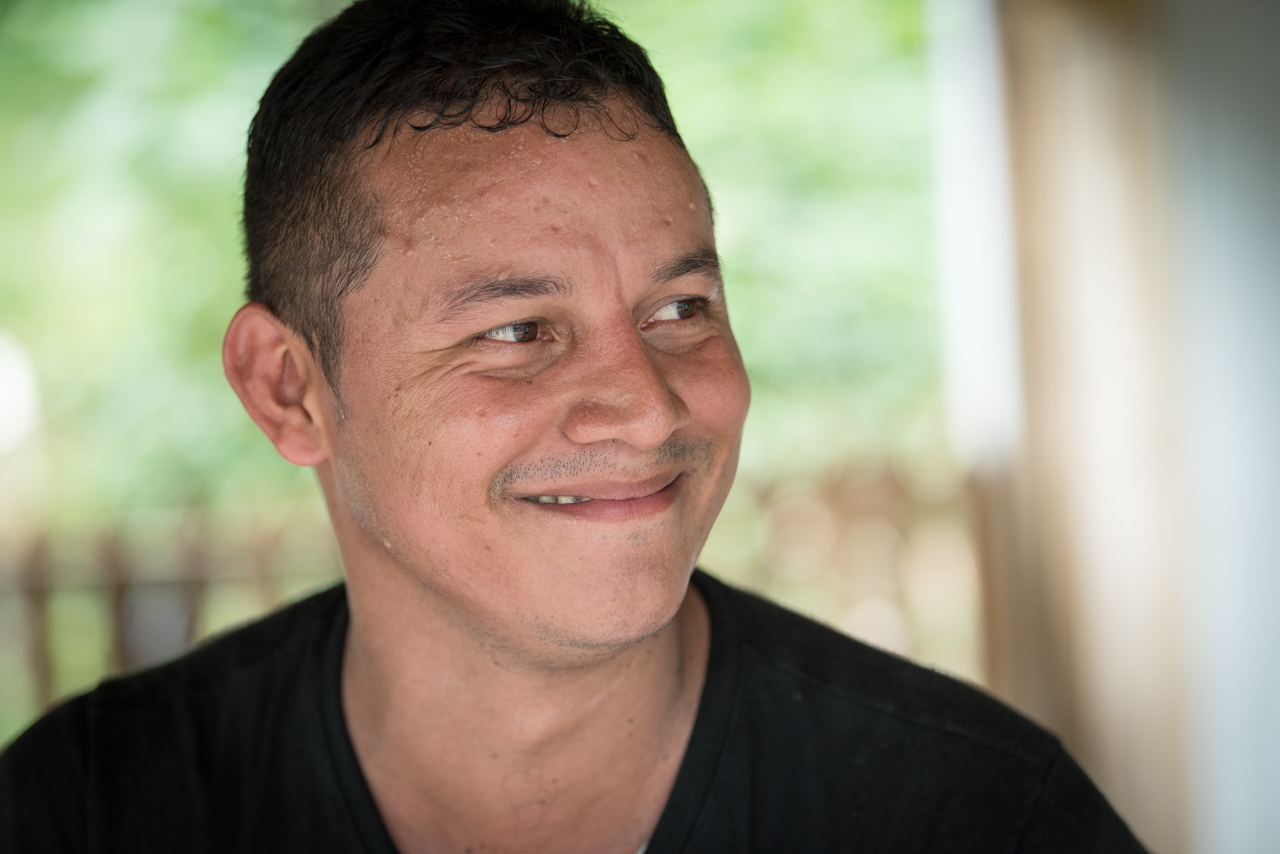 “People in this community have worked hard together, and we see the progress that we have made. My dream is to see this work continue, so we can move forward even if we see lack of fulfilment from the government on the peace treaty,” says Giovanni Duarte Duarte.

“My dream is to continue with my studies, and to keep getting more children involved in education,” says Carlos Alberto, father of two. 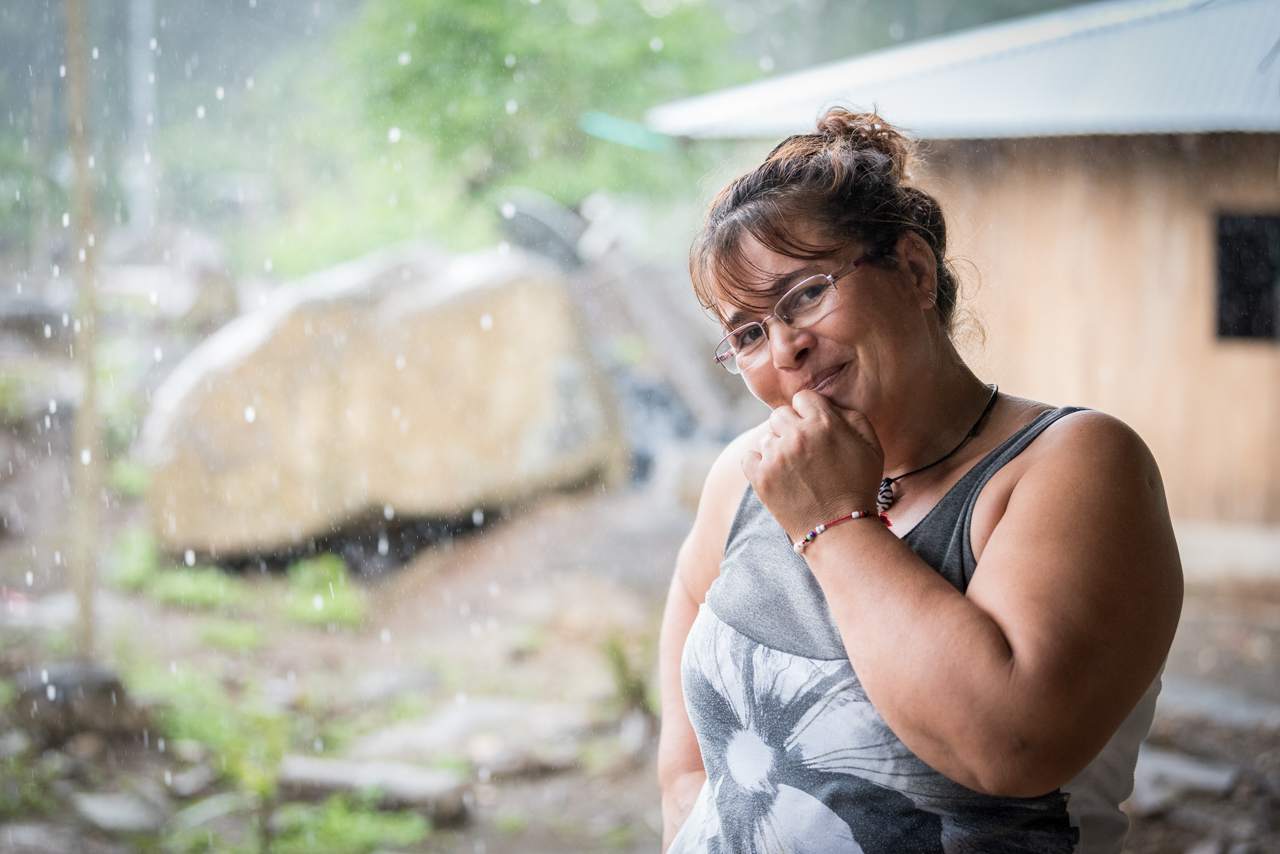 “It’s like building a new life again. Like starting to dream again, to believe that there is a possibility of leaving the life you have lived behind, to close the book you were reading and open a new one,” says Luz Alcira Ocampo Gómez. “It’s like having a vision – both frightening and like you really want to continue, to hope, and to build something new.” 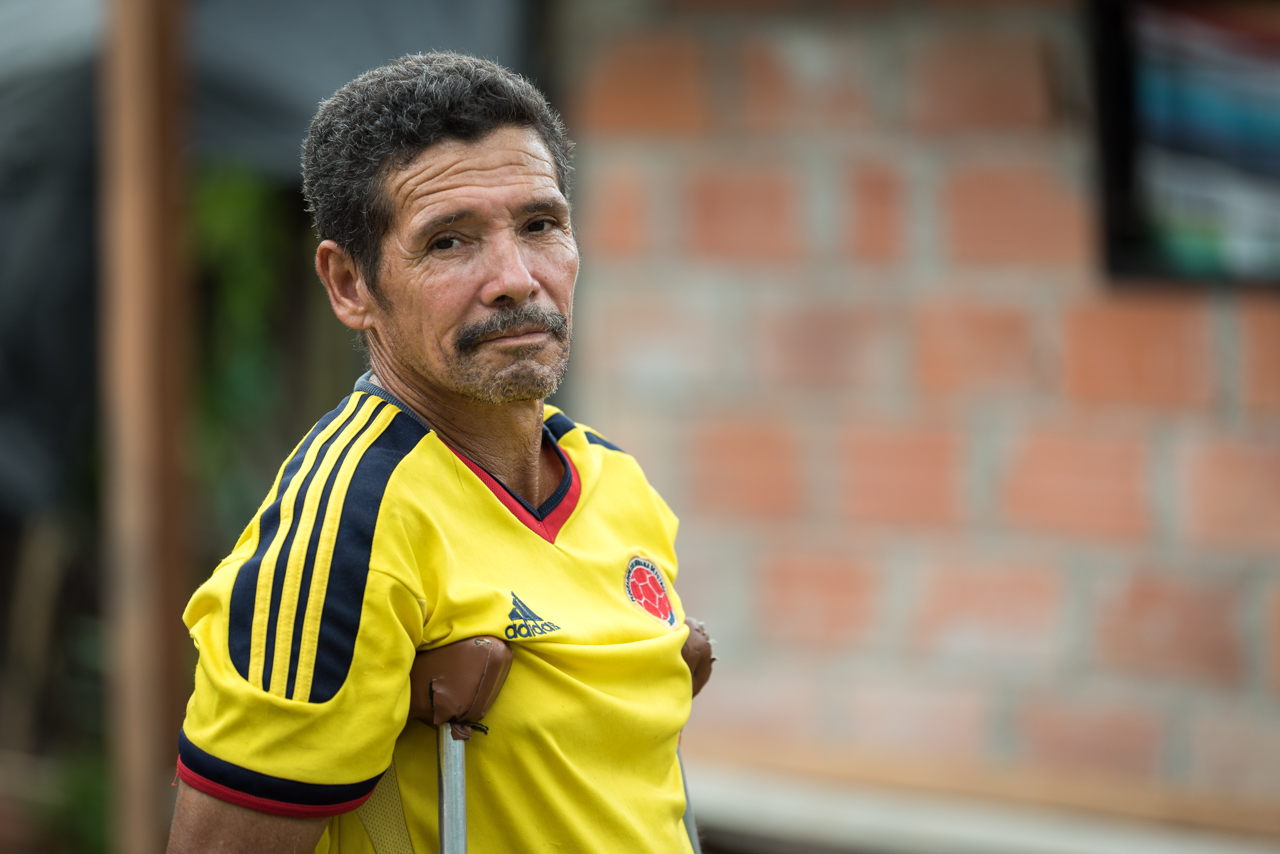 “Moving here was a very abrupt change. After 31 years in the ranks, you’re used to it, and then to leave to start this life which is very different. You start from zero, somehow, from zero… But I have been fortunate, to negotiate an arrangement where I can make a living for myself, by my own account. And also to work in the collective, you think both of yourself, and of the children you have,” Ivan says. 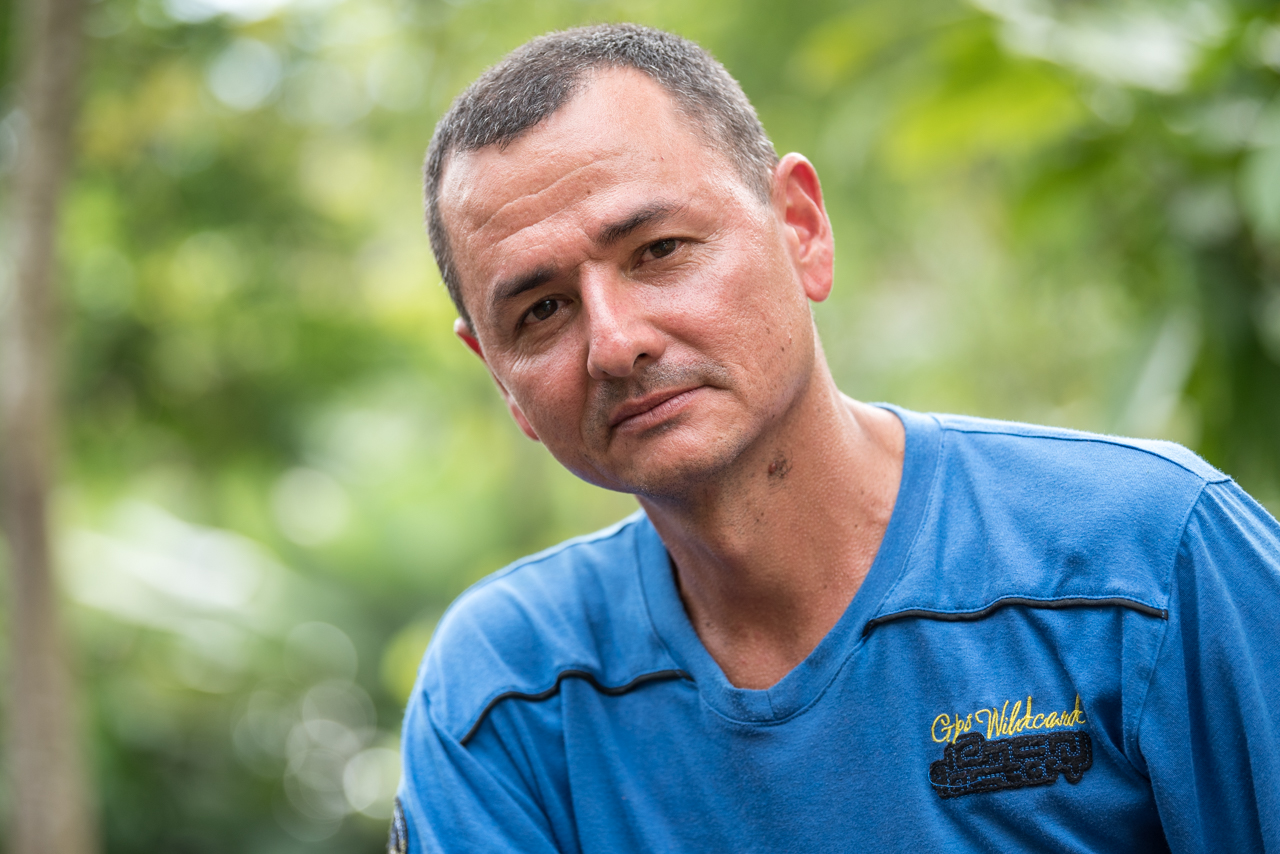 “My dream, it is to see this country in peace,” says Joverman Sánchez Arroyave, formerly known by the name of war Rubén Cano, as commander in the FARC guerrilla. “When we arrived, the community here didn’t know what to expect. ‘Will there be conflict, or killings or threats?’ But there has been none of that. We have come here to work, and to work together with the community. That’s what we are doing.”

For the past two years, a group of ex-combatant families have purchased and cultivate a piece of land in the San José de León area in northwest Colombia. Through the global Waking the Giant initiative, the Evangelical Lutheran Church of Colombia offers accompaniment and training on trauma management, self-protection and legal issues to communities in the Antioquia region, to help alleviate the risk of re-victimization, or relapse into violent conflict – all through a project named From War to Peace.